Morgan Scott Peck was an American psychiatrist and best-selling author, well known for his first book, The Road Less Traveled. 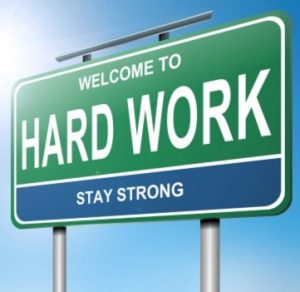 In this classic, he emphasized, “Listening well is an exercise of attention and by necessity hard work. It is because most people do not realize this or they are not willing to do the work that they do not listen well.”

To illustrate this, he gave a personal example:

“I attended a lecture by a famous man on an aspect of the relationship between psychology and religion in which I have long been interested. Because of my interest, I had a certain amount of expertise in the subject and immediately recognized the lecturer to be a great sage indeed. I also sensed love in the tremendous effort that he was exerting to communicate, with all manner of examples, highly abstract concepts that were difficult for us, his audience, to comprehend.

I, therefore, listened to him with all the intentness for which I was capable. Throughout the hour and a half he talked, sweat was dripping down my face in the air-conditioned auditorium. By the time he was finished I had a throbbing headache, the muscles in my neck were rigid from my effort at concentration, and I felt completely drained and exhausted. Although I estimated that I had understood no more than 50 percent of what this great man had said to us that afternoon, I was amazed by the large number of brilliant insights he had given me.

From the lecture, which was well attended by the culture-seeking individuals, I wandered about through the audience during a coffee break listening to their comments. They were disappointed. Knowing his reputation, they had expected more. They found him hard to follow and his talk confusing. He was not as competent a speaker as they hoped to hear. One woman proclaimed to nods of agreement, “He didn’t tell us anything.”

When you ‘pay’ attention, you will get great value…if you work hard at it. LISTENING PAYS!